In April 2018, YUA International sponsored one of the largest educational music conferences and festivals in Pennsylvania!  LAUNCH Music Conference and Festival celebrated its 10 year Anniversary in Lancaster, PA on April 12 – April 15, 2018 at the Lancaster Convention Center.

YUA International was honored to sponsor and host its OWN stage at the ALTANA ROOFTOP LOUNGE!!!  Acts traveled from across the nation to participate and perform in front of the diverse crowds!  Portland, OR, Louisville, Kentucky, Brooklyn, New York and Miami, FL were among some of the cities artists traveled from to be apart of this EPIC WEEKEND!

YUA was no stranger to LAUNCH as it’s CEO, Matthew Robertson, an artist / songwriter who goes by the stage name of “Dre Powe” opened for major hip hop acts: Atlantic Records’ own PnB Rock and Yazz the Greatest from the Fox hit series “Empire” in 2016.

This year, the team supported this great educational event and performance opportunity in a different way by providing volunteers and sponsoring a stage of its own.  The ALTANA ROOFTOP LOUNGE was the perfect venue as it contains 3 floors of entertainment!

Some of the area’s most renowned and respected DJs came to rock out on YUA International’s stage.  DjSe7en aka “King of the Kounty” Mixtape DJ Extraordinaire and Sony Producer lead the charge on the 1s and 2s for the entire weekend making an even bigger name for himself!!!  Also, special invited guest and long time YUA supporter, DJ No Phrillz aka Phamous Phrillz of the Coalition DJs came to show love and participate in the event.  DJ No Phrillz has been co-signed by Sway Calloway of Sirius XM’s Sway in the Morning and has been a staple in the Philadelphia Hip Hop Community for years!  Other special invited guest DJs included:  Celebrity DJ Big Biz and DJ Alamo.

The performers out did themselves and really gave their all over the three (3) day event!  Amongst the acts were:  Marcaux, Hip Hop lyricist of New York, Duda 4 Real, Rozetta Marie, Artist and TV Personality, NightxVision, Brown Calculus, Imani WJ Wright & Swano, Ally Ahern, 19 yr old singer/songwriter, AEVES, Alastair, theband Vu, Pros & Icons, Japhy AND Septimius the Great who is a multi-award winning artist and has been featured on “America’s Got Talent!”

IF you missed this year’s events, we hope you to see you NEXT YEAR!!! Stay tuned for more updates at LAUNCHE’S official website: www.launchmusicconference.com 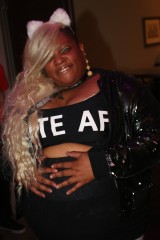 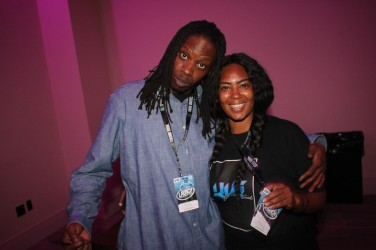 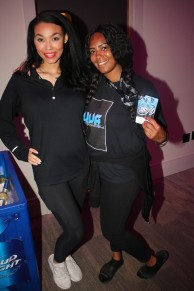 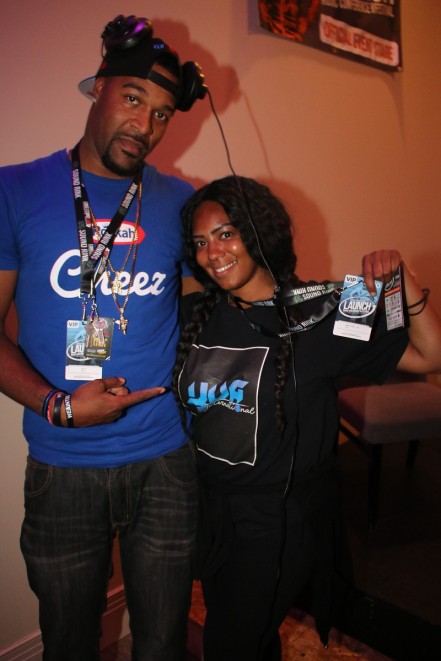 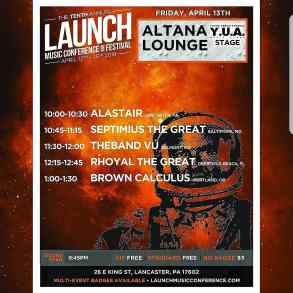 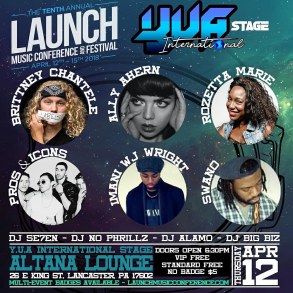